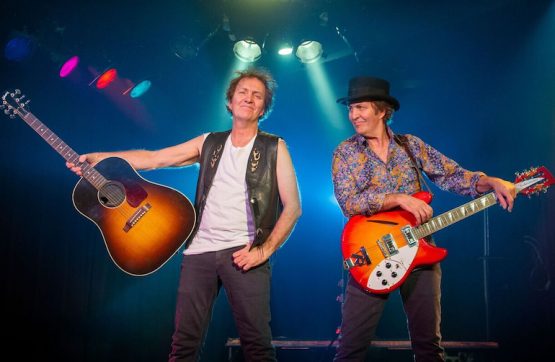 “Jeff Jenkins not only sounds like His Bobness, but he understands him, even inhabits him.” Glenn A. Baker

DYLANesque, who wowed audiences for the last two years with their show The Bob Dylan Story, are set to play their new show ‘True Confessions Revisited’ at iconic Melbourne venue Memo Music Hall on Sat 29 June.

Back in 1986, Bob Dylan and Tom Petty made history when they joined forces for one of the greatest concert tours of all time, TRUE CONFESSIONS, with Stevie Nicks. Taking inspiration from this tour, frontman Jeff Jenkins and his stellar 5-piece band DYLANesque, will have you rocking out to all their greatest hits, telling fascinating tales between songs. Get up and dance to Hard Rain, Like a Rollin Stone, Knocking on Heaven’s Door, Stop Draggin My Heart Around, American Girl, Running Down a Dream and The Edge of 17.

‘Having performed this show to standing ovations throughout regional Victoria we’re just back from debuting it to the good folk of South Australia at the Adelaide Fringe where we had a ball again,’ said creator and performer Jeff Jenkins, who is the voice of both Bob Dylan and Tom Petty in the show.

‘Our new show appeals to an even wider audience as it celebrates the music of three immensely talented artists, each with their own loyal following. The concert tour where these three giants shared a stage is still talked about today, 30+ years on. If you were there in ‘86, you should come and see our show – if you missed them in ‘86, you should DEFININETLY come and see our show!’

This is the only gig for The Bob Dylan + Tom Petty Show – True Confessions Revisited, better be quick!