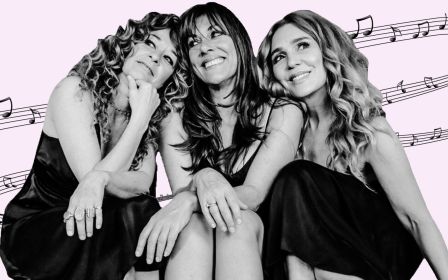 THE CHANTOOZIES, one of Australia’s most dynamic bands are excited to be back at The MEMO Music Hall for their first Melbourne show of 2019!

The girls (Tottie, Ally and Eve) originally formed in 1986 for a ‘one off show’ but after an overwhelming response, a record contract soon followed and the band found Top 10 success with their hit songs, ‘Witch Queen’, ‘Wanna Be Up’, ‘Love the One You’re With’ just to name a few.

Over the years the band have shared the stage with numerous homegrown and international acts including Billy Joel, Bananarama, Go West, James Reyne, Daryl Braithwaite and John Farnham.

Aside from touring, the last few years have seen The Chantoozies record several new singles, the most recent being their upbeat take on Kim Weston’s Motown classic, ‘Take Me in Your Arms’ produced by Tim Henwood of Rogue Traders fame. They’ve appeared on countless TV / radio shows and continue to wow audiences across the country with their unique blend of rock, pop & soul!

This is the only gig for The Chantoozies – Back By Popular Demand, better be quick!