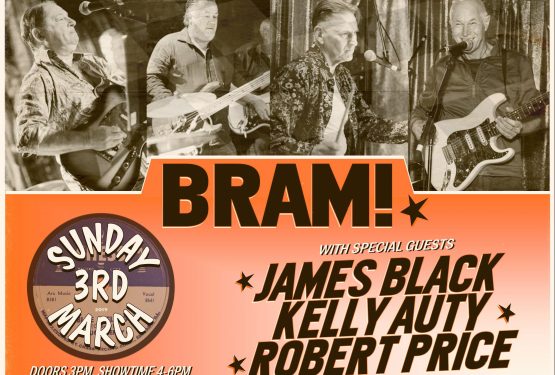 This show is a tribute to the incredible creation that was Chess Records!

Across his 50 year plus career as a contemporary rock musician (Campact, The Dingoes, Axiom) CHRIS STOCKLEY has never lost his passion for the Blues and particularly Chess Records. Along with his colleagues in  his band BRAM! (MICHAEL BRIGHT, Guitar/Vocals, LES OLDMAN, drums/vocals and JOHN DYNON, Bass), Chris and his special guests JAMES BLACK, KELLY AUTY and ROBERT PRICE are set to celebrate that extraordinary hot bed of Blues, Soul, R&B and Jazz 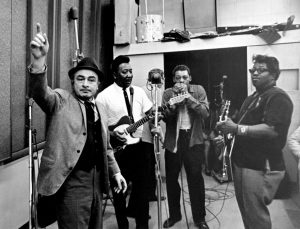 As America became more industrialised there was a massive exodus from the poor, rural south to the bigger cities of the north. The majority of these people were blacks in search of employment and a better life. Geographically, Chicago was the closest of the big cities to the south and found itself at the intersection of some of the main interstate highways and railroads. Thus it became the main destination for immigrants from the south.

The sounds of big town Chicago were reflected in the blues music being brought north, guitars and harmonicas became amplified, a full kit of drums became a necessity. Often a house piano was available, saxophone was sometimes added and the music became raw, loud and exciting.

Leonard and Phil Chess, Polish immigrants, saw the huge commercial potential in servicing the requirements of the ever-growing black community.

They soon acquired the very best of local talent and very soon the names of Muddy Waters, Little Walter, Howlin’ Wolf, and a host of others, graced the Chess Records roster. Added later would be Chuck Berry and Bo Diddley as rhythm and blues morphed into rock and roll. Chess later ventured into more sophisticated blues and soul with artists such as Etta James and Billy Stewart . Jazz also featured in the catalogue, for example, Ahmed Jamal and Ramsey Lewis. (Lewis gave Chess a series of number-one records with their instrumental covers of pop and jazz tunes from the day.)
However, it is the brash r’n’b from the fifties and sixties for which it will always be remembered.

This is the only gig for The Chess Sessions, better be quick!