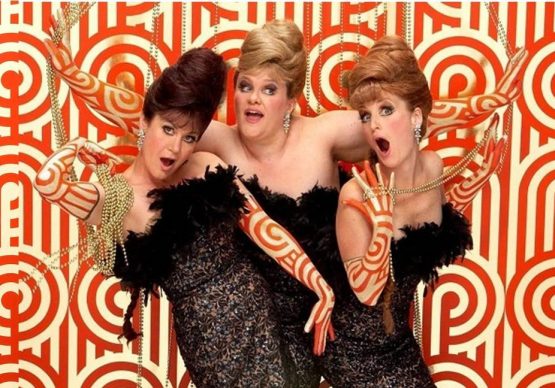 Round up your family and friends for a fun way to celebrate Christmas!

Mega-girl group THE FABULOUS SINGLETTES are a worldwide hit, and they’re bringing their impeccable harmonies and camp humour back to MEMO this December for a special Christmas Show!

Having begun in a former funeral parlour in Sydney’s Taylor Square in 1986 (and knocking audiences dead ever since) this funny, irreverent, high camp trio has made regular TV appearances across the globe and starred in their own BBC and ITV specials.

THE FABULOUS SINGLETTES have sold out shows in London’s West End, Royal Albert Hall, Royal Variety performances, and Wembley Arena; Edinburgh; Hamburg; Vienna; Sydney Festival and Adelaide Cabaret Festival. Berlin has also adopted the trio as its favourite Australian act, with its major cabaret venues inviting the girls back as the headline act to sell out shows each year over the past decade. Having performed with the likes of Frank Sinatra, Peter Allen, Tom Jones and Shirley Bassey, THE FABULOUS SINGLETTES neatly exhume the bodies of a glorious era that had most of America’s women performers staggering under the weight of hair-dos and lashings of mascara.

Naomi Eyers (‘As she moved through the crowd singing … four men in my row fainted’ – The Age) Melissa Langton (‘a knock-out voice, impeccable comic timing’ – The Age) and Gina Hogan (stepping into Diane Dixon’s shoes) sing up a storm, plus of course dance moves to die for, frocks galore and beehives that are a triumph of hairspray over gravity.

But it’s the impeccable harmonies and sly, camp humor that have made this mega-girl group a hit all over the world. THE FABULOUS SINGLETTES celebrate the 60s with immaculate covers of the Girl Group era (think The Ronettes, The Supremes, The Chiffons, The Shangri-Las, Dusty Springfield and many more). They combine this with outrageous humour, which sends up the fashions and attitudes of the decade that
changed the world.

‘There’s no escape from enjoying yourself!’ – City Limits, London

‘An exuberant and beautifully harmonic celebration of retro’ – Advertiser, Adelaide

OTHER FABULOUS SHOWS COMING TO MEMO

This is the only gig for The Fabulous Singlettes Christmas Show, better be quick!

This is the only gig for The Fabulous Singlettes Christmas Show, better be quick!