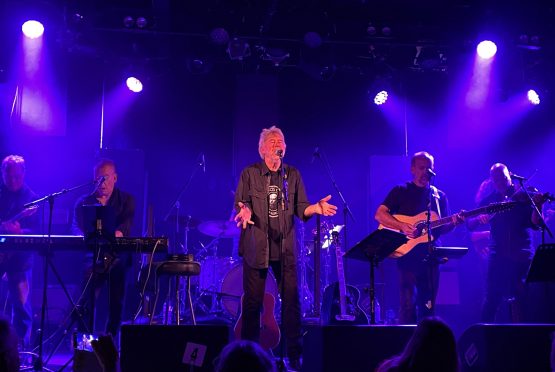 Peforming for the very first time on the MEMO stage, “The Redgum Years”, presented by John Schumann & the Vagabond Crew, is a brilliant concert of songs, stories, laughter and passion. It’s for those who bought the records, who came to the gigs, who sat on the floor, listened and gave the songs life.

Of course there’s “I Was Only 19 but who could forget ‘The Last Frontier’, ‘Stewie’, ‘I’ve Been To Bali Too‘, ‘If You Don’t Fight You Lose’, ‘Serving USA’, ‘One more Boring Thursday Night in Adelaide’, ‘Beaumont Rag’, ‘Gladstone Pier’,’Diamnatina Drover’, ’Where Ya Gonna Run To’ and the iconic anthem ‘Poor Ned’?

A recent Advertiser/Sunday Mail readers’ poll voted Redgum the best Adelaide band of the 1980s – and by a whopping margin too, according to Nathan Davies, the music writer.

“I was really chuffed when Nathan told me about the poll – but even so I never really thought much about revisiting Redgum,” said John Schumann, the voice and the pen of the legendary Australian folk-rock band Redgum.

“This was despite the fact I’ve been receiving emails from all over Australia – from old fans from the Tivoli in Pirie St, the Newcastle Workers Club, the Kuranda Ampitheatre – even the Tumby Bay Soldiers Memorial Hall – begging to hear the songs again,” he said.

“Really, ‘The Redgum Years’ owes a great deal to my band, the Vagabond Crew. They were the ones who talked me into it. I was a bit reluctant to start with. I’ve always been about moving forward, not looking back. But when I did stop, look back and reflect, I came to realise the importance of what Redgum did back then.”

So late last year John Schumann and the Vagabond Crew set to and learned almost every classic Redgum song ever performed for three sellout shows at the Adelaide Fringe Festival in 2021.

‘The Redgum Years’ was, quite simply, a Fringe triumph: the three concerts sold out within days and lengthy waiting lists. Each concert ended in a standing ovation.

The indisputable fact is that Redgum was the first band to sing about our country and tell our stories with our place names in our accent.

Through Redgum songs, Australians first started to understand and appreciate lyrics and important messages about social equality, political and economic justice and about the need to care for country.

One fan wrote: “I’ll never forget the 1980s in Brisbane. Brave people stood up against the notorious Joh Bjelke-Petersen, marching for their civil rights behind banners proclaiming ‘If You Don’t Fight You Lose’. I wonder how many people know it was Redgum who coined that phrase?”

And from another: “Hi John, just a quick note to let you know that I’m sitting on my verandah, listening to Redgum. Those songs still touch my heart and my soul.”

And one more: “Those Redgum songs. They still work today – it’s as if after all these years nothing much has changed. Powerful and timeless!” 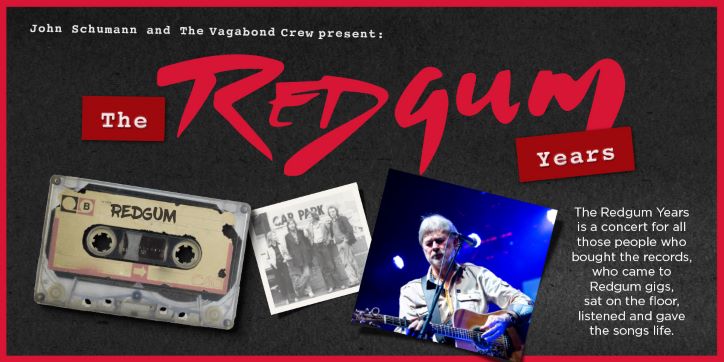