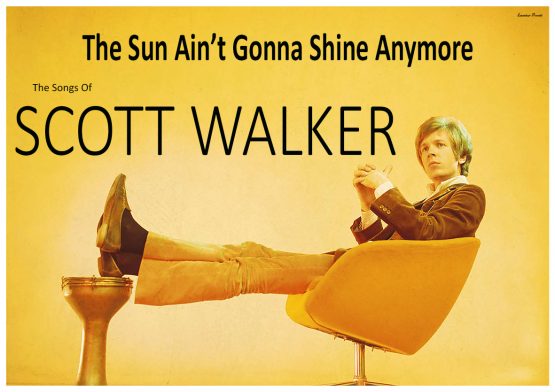 One of the most innovative and enduring songwriters of the 20th century, Scott Walker, who died in March last year, was widely recognised as one of Pop’s great adventurers. From his chart-topping time as “the Handsomest Pop Star in the World” in the 1960’s through to periods of solitude and retreat, and then to collaborations with a diverse range of artists including Sia and Sunn O))), Walker was sometimes weird, always wonderful and an uncompromising, visionary genius.

Walker inspired countless musicians worldwide – from Brian Eno and Pulp to Sting and Radiohead – with no less than David Bowie declaring “He’s probably been my idol since I was a kid.” His record label, 4AD paid tribute to his talents saying “From teen idol to cultural icon, Scott leaves to future generations a legacy of extraordinary music; a brilliant lyricist with a haunting singing voice, he has been one of the most revered innovators at the sharp end of creative music, whose influence on many artists has been freely acknowledged.”