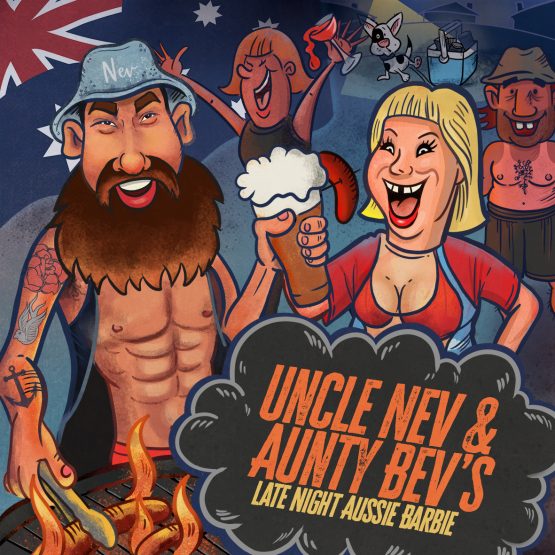 A bunch of Australia’s best comedians, in a backyard for Uncle Nev & Aunty Bev’s Late Night Aussie Barbie, with a well worn Weber, some snags and a Woolies mud cake… who wouldn’t want to be a fly in the coleslaw!

In April 2020, ARIA & 3x Golden Guitar nominated singer/songwriter, comedian and producer Angus Gill rounded up some of his favourite comedians, Uncle Nev & Aunty Bev (Melbourne comedy legend Bev Killick) to make an all-Australian comedy record. The writing process started in Lockdown 1.0 over Zoom and the majority of the album was recorded in the short space between Lockdown 1.0 and 2.0 in Melbourne. Bev’s debut single Crummy Mummy, lifted from Late Night Aussie Barbie, was nominated for the ARIA ‘Best Comedy Release’ in October 2020.

It’s a jam packed afternoon of musical comedy, interspersed with stand up from the best in the business. You just don’t know who will show up! So book your tickets now, just bring yourself and we’ll see you there!