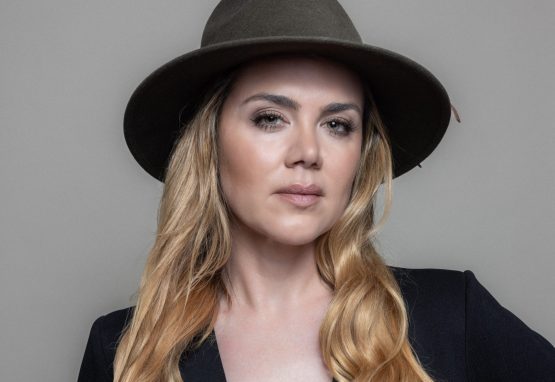 With 20 years in the music industry, Vanessa Amorosi has achieved a massive reputation worldwide for her songwriting and dynamic vocal range and ability.

Returning from LA, this upcoming acoustic tour will exclusively perform in two shows, early and late, at MEMO Music Hall on Saturday 12 June, highlighting an intimate experience with Vanessa Amorosi and her intimate band.

Vanessa will perform songs you know and an exciting debut of her new music. Her latest release ‘Volume 1’ is the introduction to Vanessa’s next chapter in her career Soul/Gospel, and was released in March to rave reviews. ‘Volume 2’ will be released for Pre-Order on May 21, Out June 11 . Listen to her new track ‘Muhammad’ .

“For as long as I can remember I’ve had a love and passion for Gospel arrangements and counter-melodies, for the past 10 years here in Los Angeles I’ve had the opportunity to work in this genre. If you listen closely you’ll hear hints of this in all my previous work, including my first record from 2000.”

“I’m so incredibly excited to finally have you hear the other side of what I love to do and it’s only just the beginning!” – Vanessa Amorosi

‘Volume 2’ deals with interpersonal relationships and reflection, with ethereal songs like the opening track ‘Human’ and the wistful, ‘Are You Happy Now’. Vanessa’s songwriting and vocals shine across the self-produced record, from sparse arrangements to high energy soul.

Vanessa shares, “I have this overwhelming excitement about the release. Each track on the record has its purpose, especially the song ‘Muhammad’. I can’t help but move to this song, my team and I LOVE IT! I want people to enjoy the experience from start to finish from the first listen.”