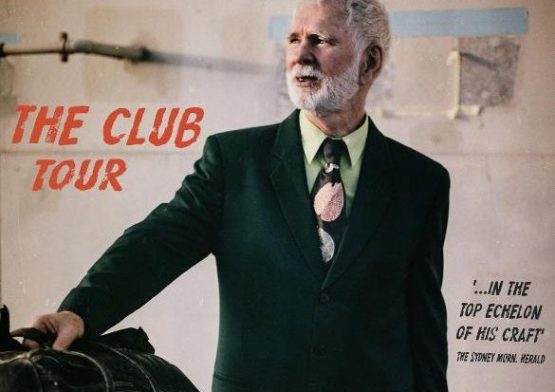 Due to a recent bad bout of flu, Vince Jones has had to regrettably postpone his show date from this Sunday 27th August.

But great news, he has already confirmed a NEW SHOW DATE OF SUNDAY 24TH SEPTEMBER – to a new time starting at 8pm (doors open from 7.15pm).

All current ticket holders will be contacted and the new show will be on sale soon.

Vince is deeply disappointed that he won’t be able to do his first show. We wish him a speedy recovery back to good health and look forward to seeing him perform at MEMO in September.   Sorry for any inconvenience.

VINCE JONES has set the benchmark for Australian Jazz singers since his emergence in the jazz clubs of Melbourne in the late 70s and early 80s.

His 20 album, international career has never hesitated in its musical evolution – a career played in the moment. He is that rare genre-defying artist who creates music without borders. From Iris DeMent’s folk “Our Town” to his original piano heavy, new age “Wonderworld”, he comments, sometimes uncomfortably, about the world we live in, from an unashamedly idealistic perspective. His intuitive readings of the Great American Songbook are sensitively true to composer and artist.

He is a wonderful trumpet player as his style has developed a distinctive reserve and subtlety. He plays a little less and draws a good deal more from it than he did in early days. A brief solo from Vince is worth a hundred notes played with less discretion. Particular about the musical company he keeps, he continues to enjoy playing with the best jazz musicians the country has to offer and on this occasion – Matt McMahon, his pianist and Music Director, Ben Robertson (bass) and Tony Floyd (drums).

This is the only gig for Vince Jones Club Tour

This is the only gig for Vince Jones Club Tour