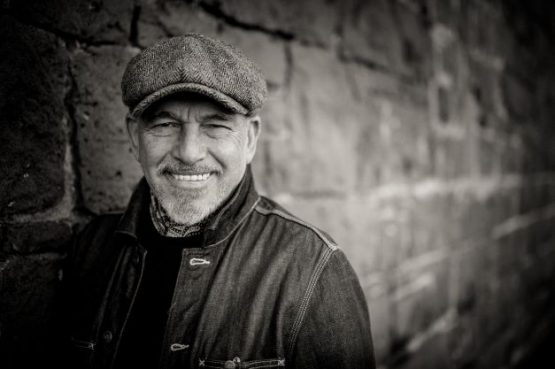 Hooray to live music once again!  After an enduring marathon of Covid Lockdown The Black Sorrows celebrate the first day back of live music at MEMO, performing songs throughout their musical career & more!

Released September 10, ‘Saint Georges Road’ has garnered critical acclaim and notched up a solid handful of debut entries in the ARIA charts. The album also debuted at #2 on the Australian Blues and Roots Airplay Chart.

On hearing the chart news, Joe commented “I am overwhelmed by the support for this album considering the current landscape for artists releasing new music. We haven’t been able to tour and 40% of the country is in lockdown. So for fans to order online from their favourite record store really resonates with me and makes the chart debuts even sweeter”

“The various chart debuts are so well-deserved” says Robert Rigby, ambition Records. “Joe is a true legend and icon of the Australian music business and The BlackSorrows just keep powering with brilliant music. It’s an honour to have this album on our label.”

The first single from the album Livin Like Kings debuted at #1 AMRAP Metro chart. The second single released this week is the blues/gospel flavoured Revolutionary Blues.

Saint Georges Road is the the 19th studio album from The Black Sorrows and was released to the world on Sept. 10 through Ambition Records. As if to come full circle for this milestone release, Joe reunited with Grammy nominated Peter Solley – producer of Jo Jo Zep and the Falcons’ breakthrough album Screaming Targets (‘79) that featured Joe’s first Top 40 hits, Hit and Run and Shape I’m In.
Saint Georges Road showcases 11 original tracks written by Joe Camilleri and his long-time writing partner Nick Smith. Before they embarked on the project, Peter Solley asked Joe one question, “What kind of record do you want to make?” Joe replied, “A good one.” They have certainly achieved that judging by the reviews coming in.
The Black Sorrows continue to be one Australia’s most prolific and enduringly popular bands renowned for their high-energy live shows, musicianship, and infectious, roots-soaked blues rock. They’ve sold more than two million albums to date and won an ARIA Award for Best Group.
Joe Camilleri has been at the forefront of Australian music for decades as the leader of Jo Jo Zep and The Falcons and The Black Sorrows and as writer of radio anthems Hit & Run, Shape I’m In, Chained To The Wheel, Harley & Rose and Never Let Me Go.
Joe Camilleri is an ARIA Hall of Famer and at 73 years old, a rock’n’roll lifer. Not ready to hang up his boots just yet, he’s working on his 51st album. It’s what he does.

“Saint Georges Road is sophisticated, soulful and superb, a crowning moment in a career that refuses to look back.” – Jeff Jenkins

“Saint Georges Road is their most accessible album yet…long may those doors continue to revolve.” – Phil Stafford, The Weekend Australian