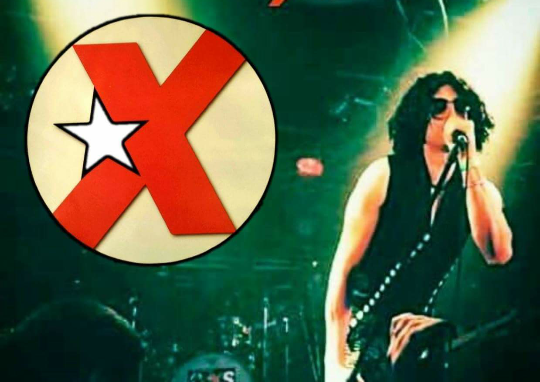 This Australia day eve, the band X are making their way to St Kilda to celebrate the music and hits of one of Australia’s most iconic ’80s and ’90s bands INXS performing a selection of songs throughout their entire career including Never tear us apart, Devil inside, Need you tonight, New sensation, Mystify, Listen like thieves, Suicide blonde, Bitter tears and much more!

Fronted by WILL JOVA the band ‘X’ features seven of Melbourne’s top line energetic and professional musicians; DAMON STONE (Guitar/sax), BRETT NAYLOR (Guitar), PAUL MARRETT (Drums), TRAVIS MAY (Keys and feel good vibes), ADAM PICA (Bass), PENELOPE PERRIN (BV’s) and DEB STARR (BV’s). Together they come to MEMO not only to celebrate the brilliant music of the six time ARIA award winner Aussie band on Australia Day, but by celebrating what would have been the week of Michael Hutchence 57th Birthday (January 22nd).

About WILL JOVA (performing as Michael Hutchence)

Will has played in many diverse bands both originals and covers over the years however, INXS has remained his one love. INXS’s music was the reason Will got into singing and songwriting in the first place. Back in 1997 while INXS were preparing for a homecoming tour, Will was entered TRIPLE M’s “Sing Like Michael” radio competition and won all three heats and as a prize won back stage passes to meet INXS.  Unfortunately Michael Hutchence passed away just two weeks before Will was able to claim his prize.

More recently Will had the amazing opportunity to work with GARRY BEERS (bass player for INXS) on one of his original tracks called ‘Man Out Of Time’. In no uncertain terms Garry marvelled at how close Wills voice resembled Michaels.

Will has also worked as a front man for Absolutely Live The Doors Show and got his first break at an INXS Tribute Show many years ago in a band called “What You Need”. Will’s deep and early childhood memories, experiences and connection to INXS has ensured that X is as close as you’ll get to the real thing-INXS. In a way Will Jova has been preparing for this ultimate role and privilege all his life, without even knowing it.

Just in time for the release of Australian Made INXS concert in cinemas by December!

Here’s what others had to say about this show:

This is the only gig for ‘Live Baby Live’ Celebrating INXS (Australia Day Eve), better be quick!

This is the only gig for ‘Live Baby Live’ Celebrating INXS (Australia Day Eve), better be quick!