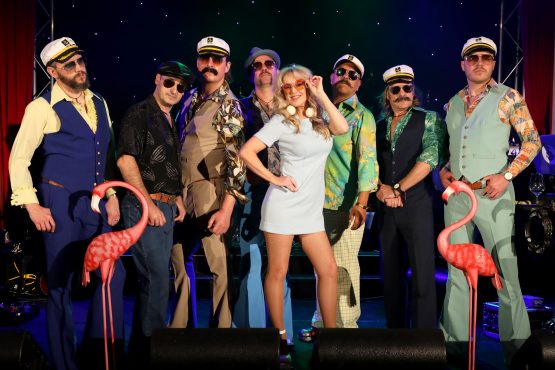 We at Yacht Rock Revival are paying tribute to the definition of 70’s light rock, collecting our favourite sounds, songs and grooves from an era when ‘smooth’ meant everything. If you’ve ever heard The Doobie Brothers fronted by Michael McDonald doing “What A Fool Believes”, that’s Yacht Rock.

These songs are as memorable as a sunset on the Santa Monica pier as you walk along with your baby, holding hands, your matching gold-tone bracelets jingling as the ocean breeze caresses your moustache, and the two of you stare out into the ever-deepening blue to think, in tandem: “Yeah, this is how it should always be”.

You might have been a closet Yacht Rock fan all along and just didn’t know it. It’s slicker than slick, enormously well-played music, from the melodically clever to the harmonically unexpected. Yacht Rock is soulful, well-constructed music that just makes people happy.

Just remember to hold on to your captain’s hat because this music is so breezy and smooth, it might just blow you away!