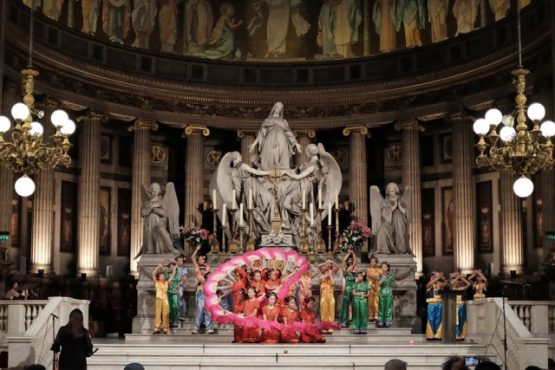 The Choir has performed in numerous international music festivals and conferences to critical acclaim, and is proudly regarded as a cultural ambassador for Hong Kong.

Based in Hong Kong as a nonprofit organization, the Choir was founded in 1983 by Dr. Yip Wai-hong, D.M.A., M.H., a highly revered expert in the field of children’s music education.  The Choir has over 800 members ages 5 to 17. Since 1984, the Choir has toured over hundred cities in over 45 countries in six continents including much of Europe, China, Southeast Asia, Australia, Africa, Russia, Nordic and Scandinavia, the Middle East and North, Central and South America. In its 30 years history, the Choir has made more than 30 audio and video recordings.

On July 1, 1997, Yip’s Children’s Choir was the only children’s choir invited to perform at the hand-over ceremony of Hong Kong to China.  During the ceremony, a 300-member chorus performed Symphony 1997: Heaven, Earth, Mankind with world-renowned cellist YoYo Ma.

Performed at Major Concert Halls Around the World

This is the only gig for YIP’s Children’s Choir – Hong Kong, better be quick!

This is the only gig for YIP’s Children’s Choir – Hong Kong, better be quick!