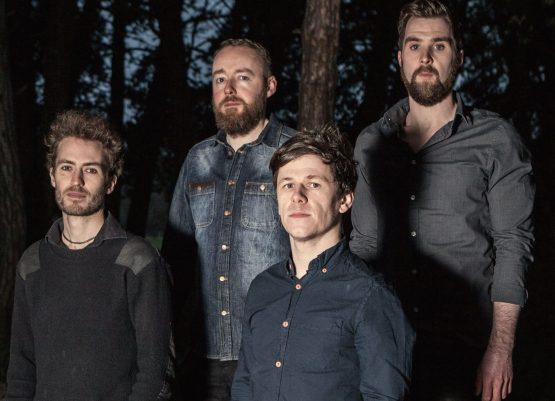 “The Young Folk”,  described as, ‘Ireland’s most exciting band in years… a Dublin band that have become national favourites and also developed a worldwide following in the past couple of years. They brilliantly fuse a traditional Irish sound with their own modern influences and the results are outstanding.’ Irish Music Daily, Nick Kehoe.

Consisting of a creative triangle with Anthony Furey at its apex joined by Paul Butler and Tony McLoughlin  who are singer/songwriters of exceptional talent in their own right, the trio are joined by Alex Borwick (NZ), enabling The Young Folk to fully flex their musical muscle.

The Furey name needs no introduction and harking from such a musical legacy, Anthony has no trouble filling such formidable shoes. His cracking set of vocal pipes sit at the helm of The Young Folk’s contemporary / indie-pop inflection and propels the music into a stunning meld of past and present. Described by “Hot Press” as ‘serious challengers for the area populated by the likes of Fleet Foxes, Mumford and Sons and The Low-Anthem”, this acclaimed group is now venturing into new International waters. Veteran’s of the Irish Festival scene, The Young Folk have also extensively toured the European festival circuit winning fans in Europe and the US.

This is the only gig for The Young Folk (Ireland), better be quick!