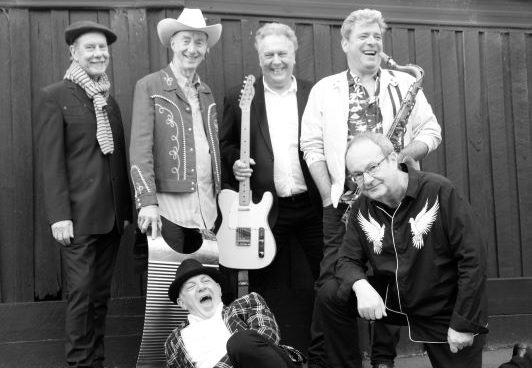 They’re back! After 25 years ZYDECO JUMP return to their spiritual home, St Kilda. It was 1989 when Zydeco Jump first hit the Melbourne music scene at the Esplanade Hotel on a Sunday afternoon. Their 9 years of performances every Sunday afternoon there are now the stuff of legend. It was a full house every week and the dance floor was jumping.

Sunday 06 March  will see Zydeco Jump back in St Kilda at MEMO Music Hall. Led by accordionist George Butrumlis, the lineup will include Paul Neuendorf on guitar and vocals, Gary Samolin on drums, Ben Taylor on washboard, Dean Hilson on tenor sax, Mark Ferrie on bass and special guest the wonderful Justin Brady on harmonica, mandolin and fiddle and we’re very happy to announce that our original sax player, Toots Wostry, will also be appearing with us on alto sax.

So, get your dancing shoes on and book in early as this special performance is sure to sell out fast. Zydeco Jump will be supported by songwriter/singer Shayne Cook who will present his unique take on life, love and the world.